Shearing Before and After 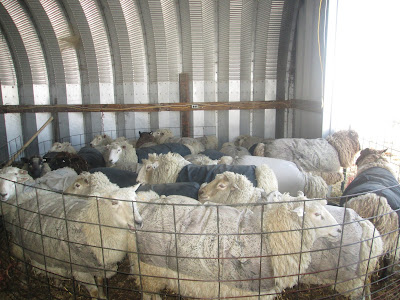 Before: Pen full of crossbred girls. (28 in all) 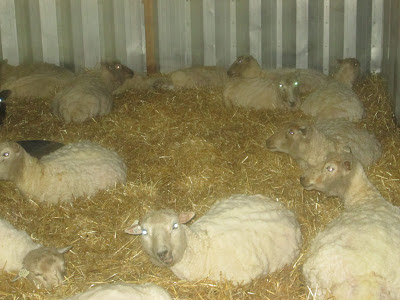 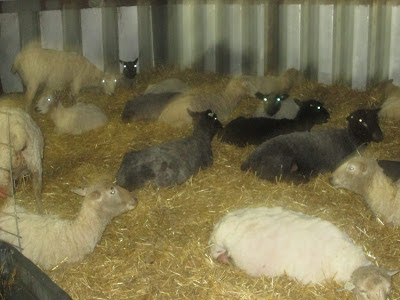 After: Happy bald sheep! They all ate their dinners and settled down to ruminate. As you can see they are quite pregnant, 1 week off from lambing.

I was going to wait until after lambing for these girls, but changed my mind for several reasons. 1. less barn space needed 2. It is easier to shear before lambing on non-primitive sheep 3. I wanted to practice more!

It took me two days to do them. The first day I did 12, and had to stop early as a neighbor was coming to clean out the barn. The second day I did the rest, 16. I am slower than I hoped to be, but definitely faster than shearing with the sheep standing up, and these girls were hard as they have such big bellies. This brings my tally to 39 sheep since the class and I did about 12 there. Someday I'll be faster! 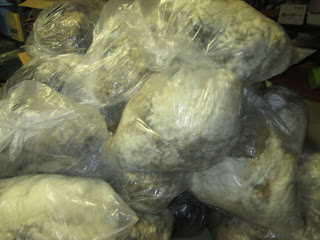 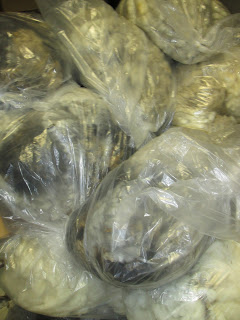 Lots of wool to skirt! I have my work cut off   out for me. 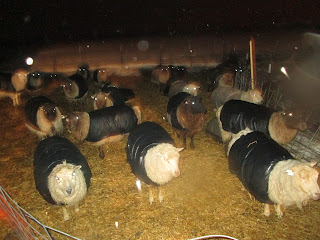 Shetland girls in the rain. I rarely have my Shetlands and the crosses in two groups. It's kind of nice to see them as two groups. They have all been crutched (back ends and lower bellies sheared) so they don't get as messy, and so the lambs can find the milk bar easier. They will be sheared after lambing,  in April/May depending on when they get the rise.

Everyone has been vaccinated and dewormed, I just need to buy some hog panels for lambing jugs (I foolishly let the ones I had get frozen in the deep snow/ice, well I need more anyways.) I also need to rearrange a few animals to free up the new sheds I built for lambing.) Then let the good times  sleepless times roll!