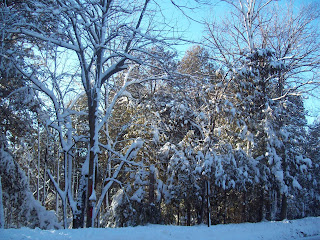 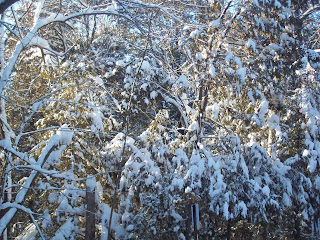 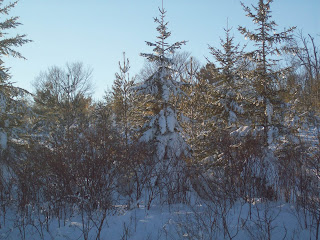 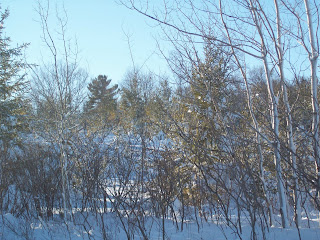 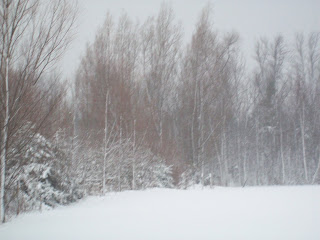 Snow covered trees are so beautiful. 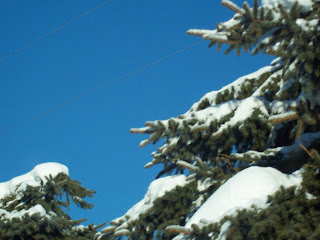 Close up of a tree to show how much snow there is on the trees. 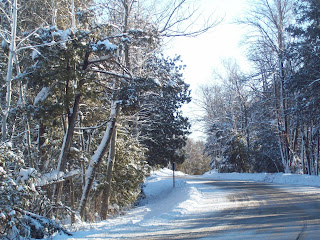 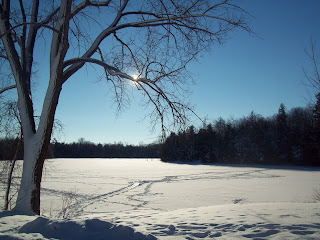 Shoe Lake, a lake down the road from us, covered in snow. 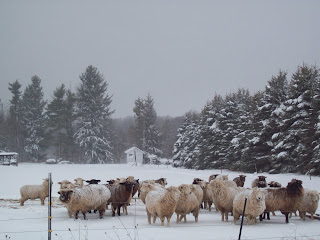 Sheep in snow. (These are Hidden Valley Farm's Coopworth ewe lambs and a couple "old ladies.")
Posted by Laura at 6:35 AM 3 comments:


On Sunday we got a huge dump of snow. I had three sheep who were buried-only their heads and part of their backs were sticking out. One of those sheep was even standing up when she got buried! I had to run in and check my records to see how many I was supposed to have in that group and then count them all.

All the sheep and goat pens have huge drifts almost to the top of the fence. Yesterday I to had to dig the fences out as the night before a couple ram lambs and a buck kid jumped over their fence. All the feed and water tubs were buried and I had to walk around in the deep snow and find them with my feet hoping to step on them. I found about half, but will just have to make do. (The ewe lambs can get their oats and barley on top of their hay and the goats and market lambs get their tubs.) It's in the single digits now and last night it got down to 3* F.

Maybe on Saturday I'll have time the make Christmas cookies and spin! 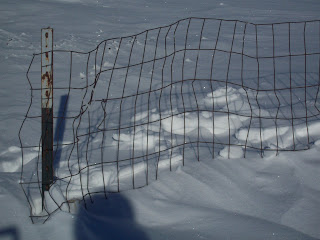 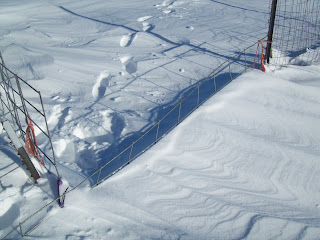 This is a fence and a gate (hog panel) before I dug it out. 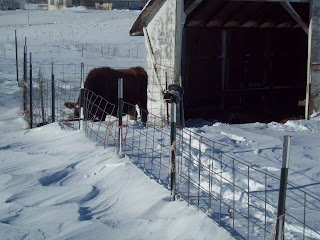 Here I'm standing on top of a snow drift looking down at the "cow pen" and steer- just a little strip is left for him to walk around on. 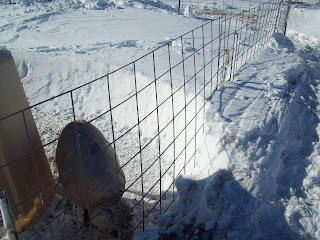 I'm looking down at a ram lamb from my mountain (snow drift) that I have to climb to feed everyone. 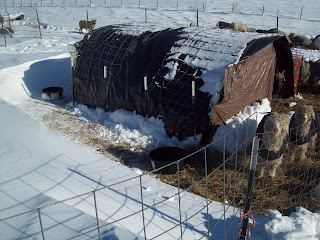 I'm viewing the goats from on top of the other side of the mountain. There also had been a big drift in front of their shed, but I had already shoveled it away. 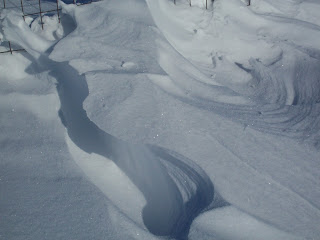 At least some snow drifts are pretty!