I am quite pleased to say that all three passed! Now all of my goats are registered. 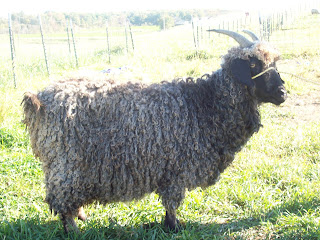 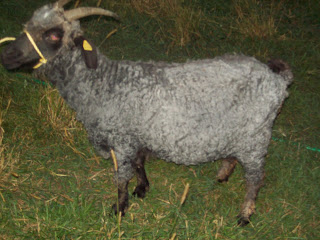 China's side shot in full fleece and then shorn. 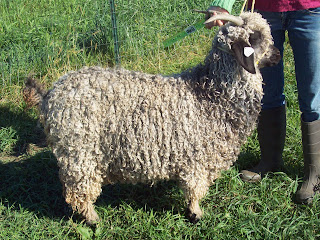 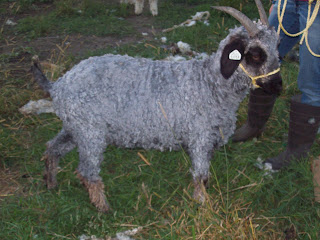 England in full fleece and shorn. 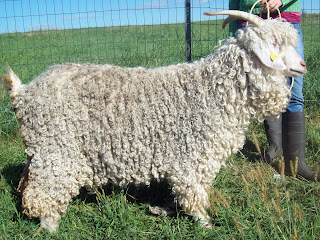 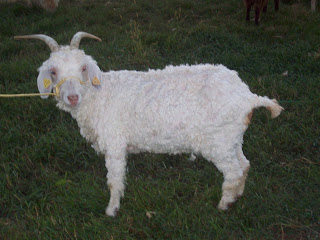 Belle in full fleece and then shorn.
Posted by Laura at 5:22 AM 4 comments:

A Bit Of Fall Color 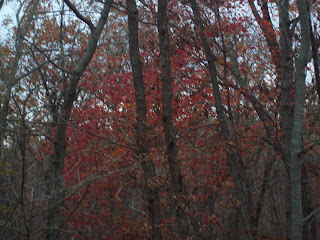 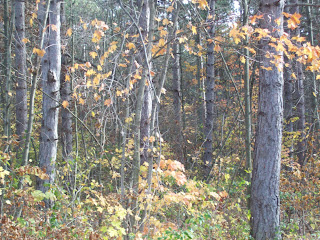 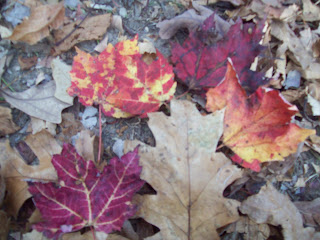 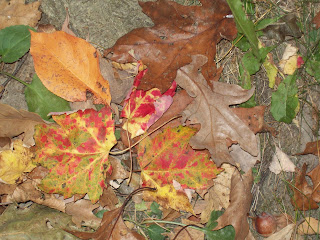 We went on a walk in the kettle moriane on Sunday, here are some of the beautiful fall leaves. Most had fallen down already though.

I been very busy around here, I got my sheep jacketed and sorted the ewe lambs and AI ewes out of the rest of the ewes who will be bred. (I finished making the coats that I needed for the sheep, but need to finish the goats' coats!) On Monday I plan to break the sheep and goats into breeding groups, but before I can do that I need to set up electric netting to subdivide the pasture.
Posted by Laura at 5:34 AM No comments: 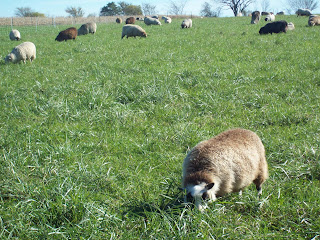 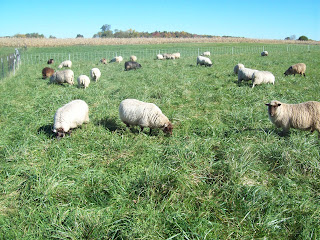 Ewes, replacement ewe lambs and a couple small (unshorn) market lambs enjoying some of the last grass. I am afraid that the grass will run out about a month earlier than last year. At leat I have some of my winter hay. Now just to keep working and the sheep coats I'm making...

I had decided to save money by making my own sheep coats this year. I can buy a coat for $15 each or make them for $3.70 each (not counting my time) so since I need about 50-60 coats that's quite a savings. Eleven done... (The rest are all cut out.) 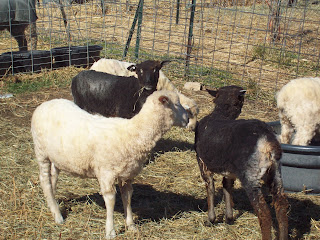 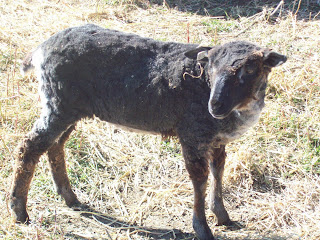 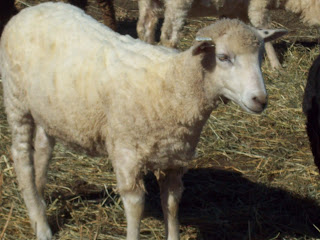 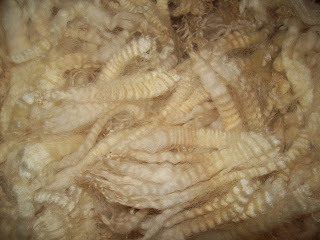 The Coopworth X Shetland fleeces are very nice. They are not kempy like the North Country Cheviot X Shetlands and they are heavier (by about 1#), shinier, longer and silkier than the Bluefaced Leicester X Shetlands. 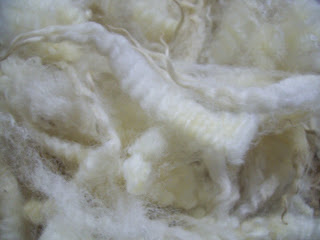 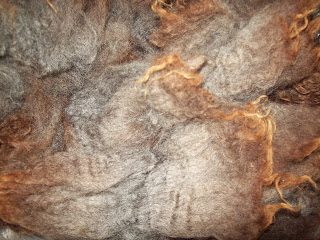 The Corriedale X Shetland fleeces are great colors, but of the four two are kind of double coated (this is one of those.) I can pull of guard hairs out and they area different color, but it is not a typical double coat. The hand on these two is kind of like a down wool. One of the other two is crimpy and very soft and the other is very long, soft and is like an intermediate Shetland.

One other thing. The Coopworth X Shetlands are great to shear-the fleeces cut through like butter, while of the Corriedal crosses one was great to shear and the other three were like cutting through a brick. I could not get to the skin level on those three and I started to wonder if my blade shears were dull, but they weren't as I did some more Coopworth X Shetlands after them.
Posted by Laura at 4:55 AM 3 comments: