I sent in papers for these ram lambs to be registered. I forgot what names I put down. 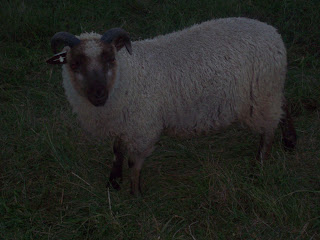 This guy is a twin out of PS23 Fairlight, an F1 Jings and Sheepy Hollow Sienna. He weighed 53#. 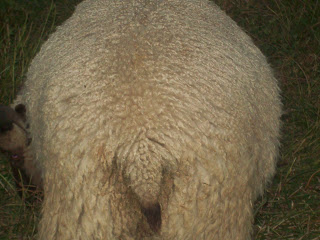 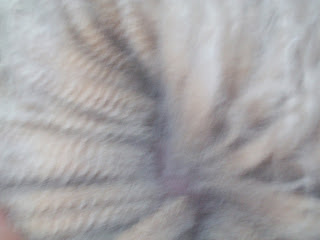 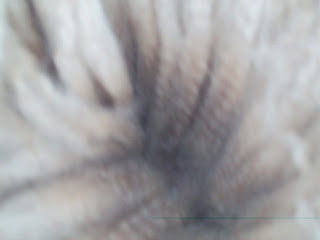 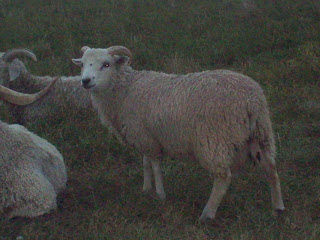 This white ram lamb is a twin out of Drum Jings and PS23 Forsythia, an F2 Greyling. He weighed 53#. His fleece is very soft and silky. (I couldn't catch him as he is shy.) 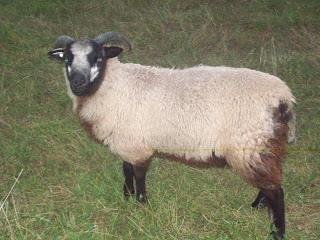 This guy is a triplet, raised as a twin by a nine year old ewe. He weighed 62#. (As much as a single ram lamb that I have!) His sire is Drum Ram (aka Black) and dam is Sabbbath Farm Fonteyn. 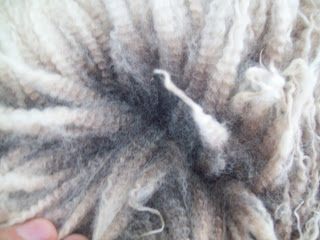 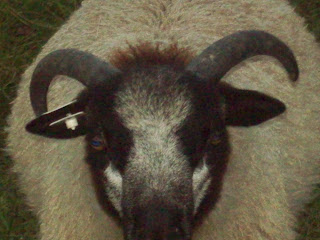 This guy is also friendly. 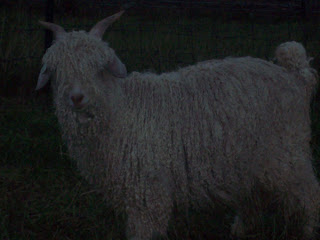 Buck kid out of Belle, a color carrier white and Caspian a faded red who got culled last year (due to attitude.) I'm going to see what he looks like next fall. 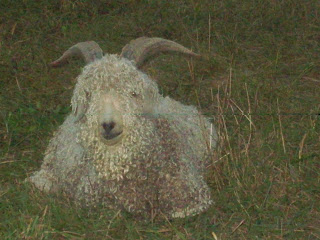 This is a very fine fleeced yearling buck out of Danburry (the AAGBA TX boy) and China, a black. He is a very pale red and should throw fine fleeced colored kids. I wasn't going to use him as he is related to all of my does, but I think I'm going to do some linebreeding anyways-I really want color!!! I am going to buy a black buck kid, but I've never had a kid breed. (So many of the colored goats available have poor quality, kempy fleeces. I was actually told at the sheep and wool festival that some mohair I was selling as "rug grade" was nicer than some other breeder's good stuff.) This guy will be for sale after I use him. He will be registered so I need to think of a name for him. He was born in the "G"year. 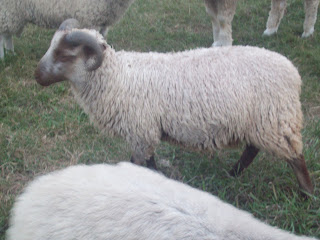 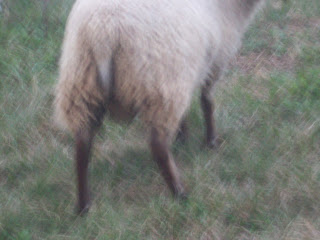