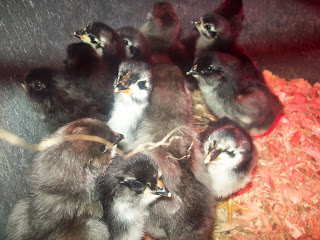 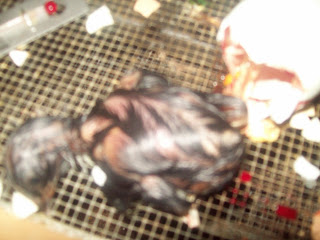 This is a "newborn" chick. When it is in the egg it's head is curled over to it's side and it's tiny wing is over it's eye. the chick starts hatching by pecking a pip hole. It is usually several hours before they hatch. Most of the chick cracked their eggs completely in half. Right after the chicks hatch they loose a little blood in the umbilical cord (not sure what it's called in a chicken) area . They are so exhausted that they just lay there. The tiny chicks also peep really loudly right after they hatch. After the little guys are dried off and fluffy out they go to the chick pen! 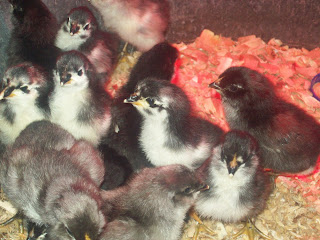 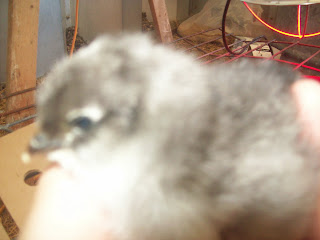 Close up of a chick! A couple days after the incubator chicks hatched a mama hen had 4 babies, 1 died the next day though. She is taking care of her 3 chicks and is so proud! 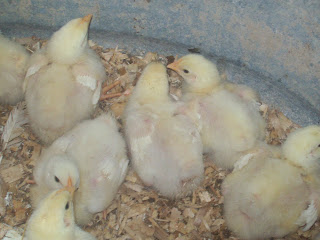 We are also raising 35 meat chicks. They grow super fast and only take 10 weeks till they are ready. Then we take them to the butcher and bring home nice, big frozen chickens! Home gown chicken is so much tastier than the store bought. Many of the store bought chickens are fed a very bad diet of old cookies (from factories) and recycled pig manure. Yuck! They sit in their own manure so bad their chest feathers get burned off due to the ammonia. Ours have a short happy life and get to go outside (once they are feathered out.)
Posted by Laura at 8:28 PM