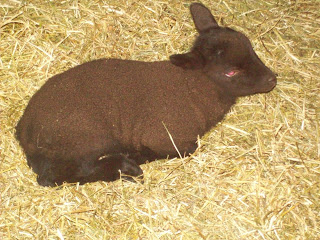 This is the youngest lamb-a single ewe. I love her! She is out of PS23 Funzie (F1 Jings). I don't know who her sire is as I thought her dam had settled to AI as I had put the teaser ram in and she didn't act like she came into heat. Haha to me she was in with everybody as I had stuck all the ewes and rams together when she did come in heat. I think PS23 Fife (F1 Orion) is her sire, but if I won't to register her I will need to do genetic testing. Or I can just keep her as an unregistered ewe. 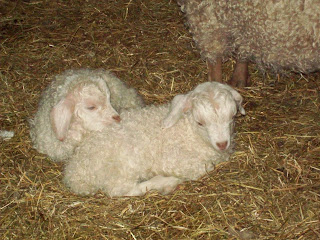 These are the youngest babies. Colorfield Farm Pearl had a buck and a doe out of Albee (the white AAGBA OR buck.) 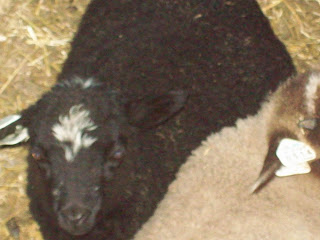 This is the best black ewe lamb this year. She is out of PS23 Fiona and PS23 Campbell. She is keeper at this point. 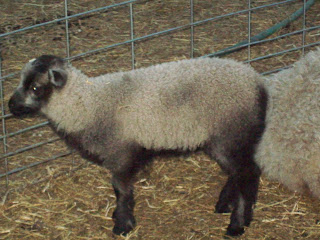 This is her twin also a keeper. 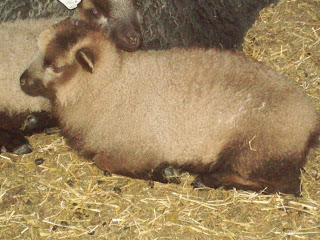 PS23 Edelwiess'es ewe lamb (the other is a wether.) She'll probably be a keeper. 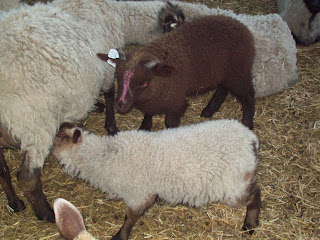 Thief! This lamb was caught in the act of stealing milk! She waited untill the opportune moment, when the ewe got up and was stretching to get a swig of milk. The moorit is her twin brother (a wether.) He had been born at night and his dam acted like she was done, but in the morning had a little "leftover" lamb! They are out of PS23 Ely Cathedral and PS23 Fife.
I have seen lambs trying to steal from does and vice versa this year. That looks funny when they do. 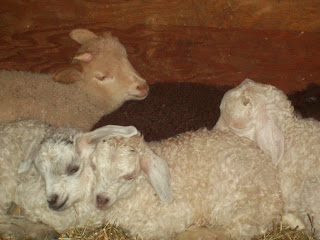 PS23 England had triplet kids out of Albee. The silver and pale cream are bucks and the white is a doe. The lamb in the background is out of PS23 Finch and PS23 Fife. He is a pale tan color. His twin brother is a moorit gulmoget. 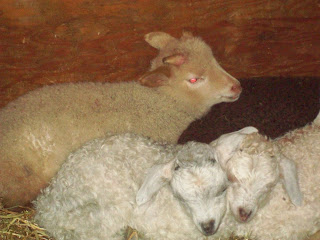 Close up of the tan ram lamb. I'm guessing he is white genetically. 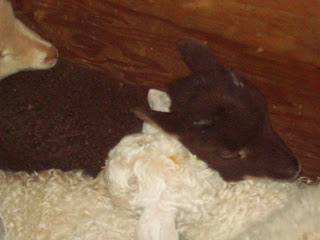 Moorit gulmoget ram lamb.
Posted by Laura at 5:33 AM